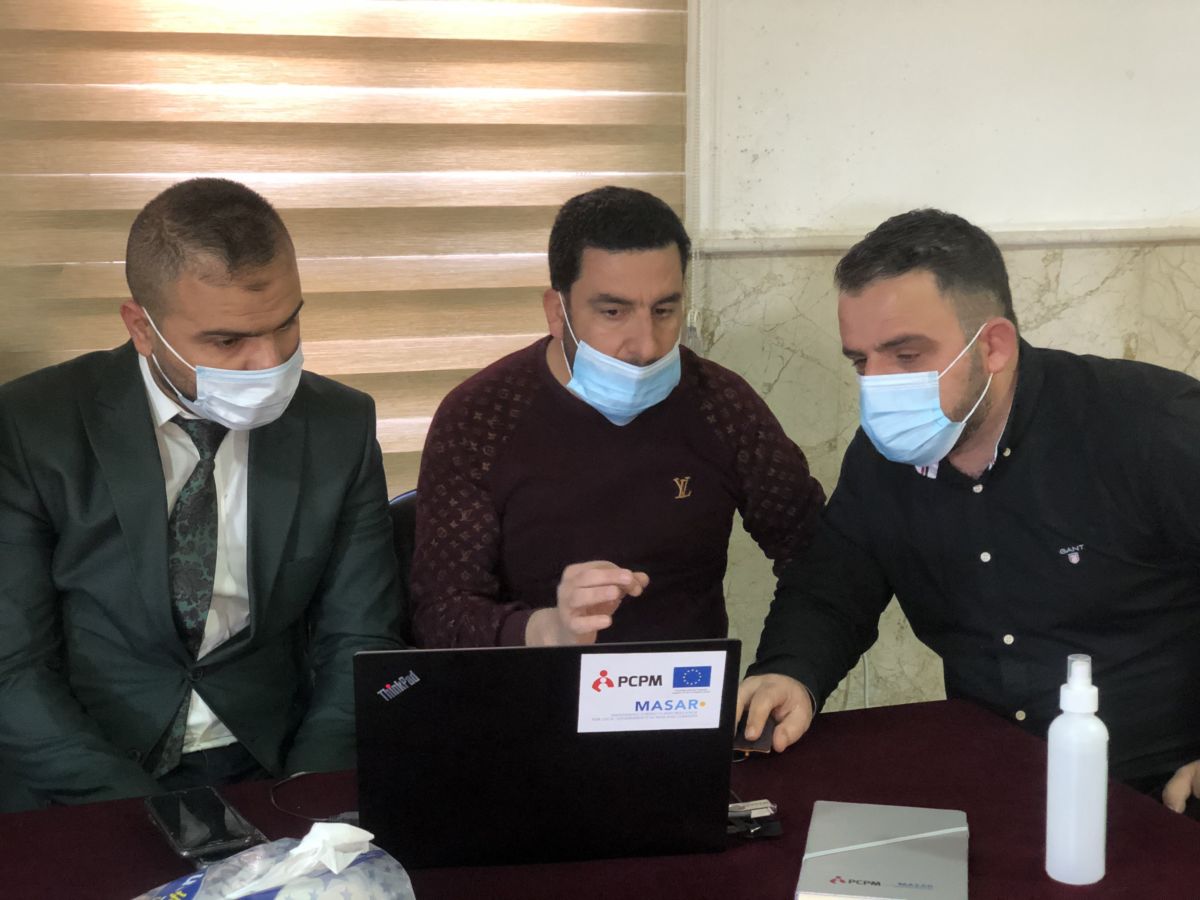 The PCPM Foundation, as part of the European consortium, supports seven municipalities, incl. modernizing the spatial planning system and organizing training cycles for engineers and surveyors.

– At the beginning of the 1970s, buildings in the city of Duhok reached 4 square kilometers. Now it is over 60 square kilometers. There are many such cities here – explains Piotr Stopka, the coordinator of the PCPM project in northern Iraq.

Detailed data is important for the authorities to make good decisions in such a rapidly developing region. And those in Iraqi Kurdistan are missing. Until now, outdated methods were used in spatial planning, there were no precise maps and the measurements were only approximate. Basemaps or high-resolution antennas or satellite imagery were simply not there, local experts say. 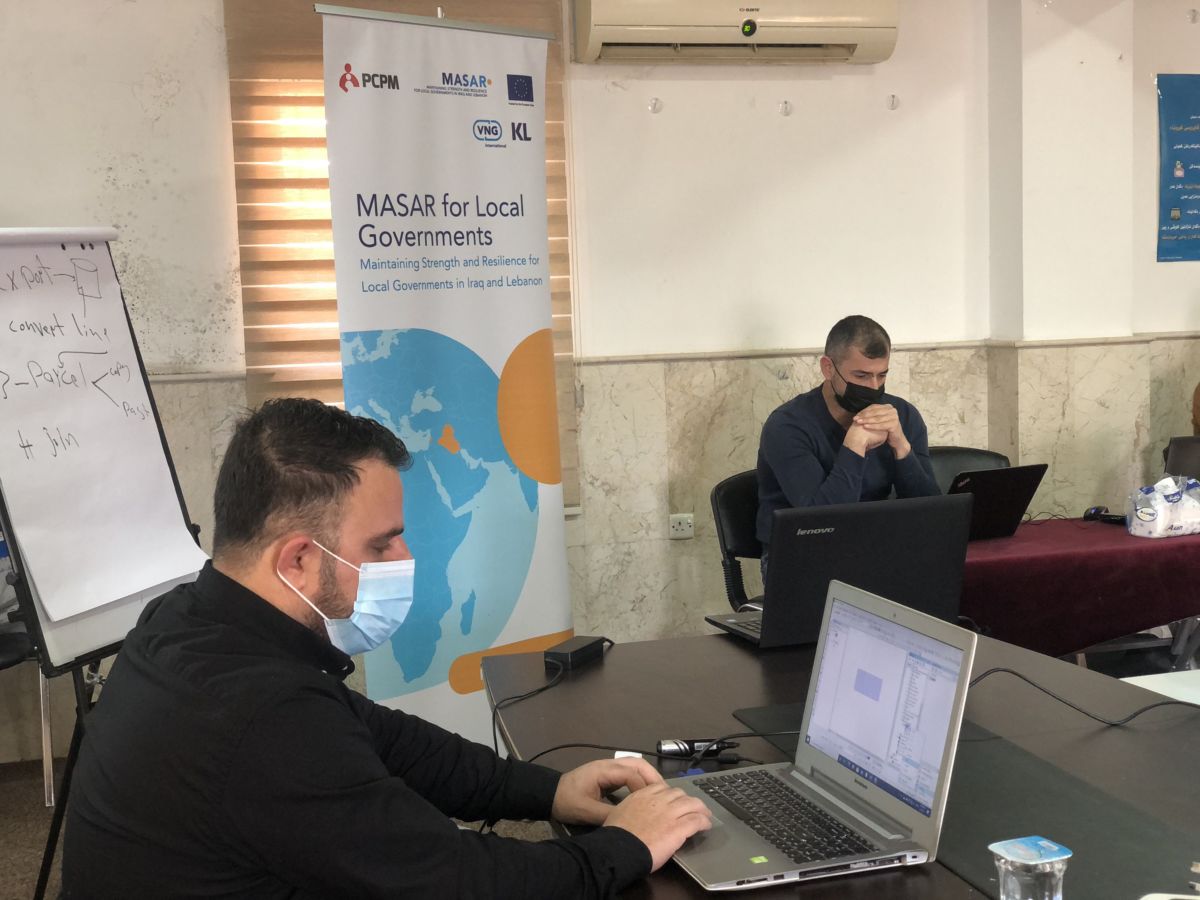 As part of the MASAR for Local Governments Program, financed by the European Union MADAD Fund, we started cooperation with seven Kurdish municipalities to equip them with useful tools. We initiated, among others a series of training on the basic geographic information system (GIS). A total of 14 engineers and surveyors gained practical knowledge for 10 days. Participants were familiarized with GIS issues and prepared to work with the practical use of specific tools. We managed to organize it despite the pandemic, with care for the safety of the training participants.

– This type of training is important and useful, especially for our Sheikhan District – said Farid, one of the training participants. – These are specific skills that we will use – he added. Inhabitants of Iraqi Kurdistan, as refugees, use all infrastructure: roads, water and sewage networks, electricity, schools and hospitals. As a result, this infrastructure is overloaded as it was not adapted to a much larger number of users. A permanent solution to the problem is cooperation with local authorities so that they can respond as effectively as possible to the rapidly changing needs of residents. 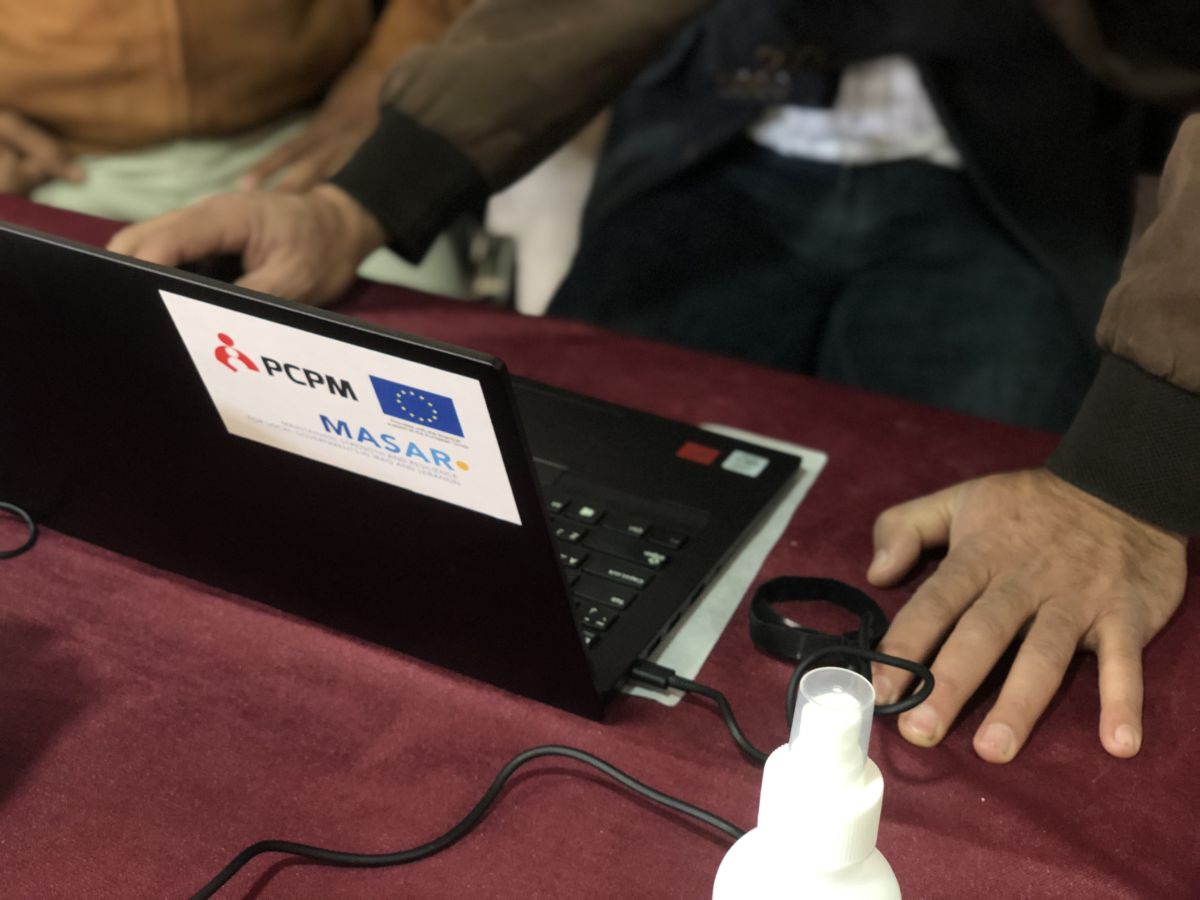 The PCPM Foundation implements the MASAR program aimed at supporting local institutions and local governments in dealing with the effects of the widely understood conflict in Syria. The program is financed by the European Union under the MADAD fund and implemented by the European consortium, which includes the PCPM Foundation, the Association of Dutch Municipalities (VNG), the Catalan Development Agency (ACCD) and the Association of Danish Municipalities (KL). 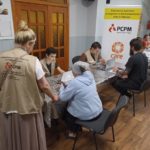 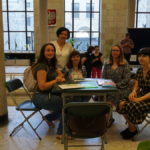 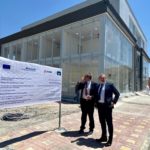 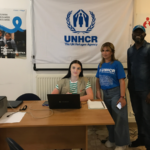