In August 2011, the PCPM’s Mission in South Sudan received a grant from the UN Common Humanitarian Fund in Sudan amounting to USD 77,200 to set up installation of solar lighting in health centers in the Northern Bahr El-Ghazal state. This project was a continuation and expansion of the PCPM’s 2010 project to provide lighting to rural areas in South Sudan.

South Sudan, that gained its independence in July 2011, is one of the least developed countries in Africa. Due to the long-lasting military conflict and the politics of the government in Khartoum, there are no roads, power plants, transmission network, hospitals or operating rooms, despite the fact that South Sudan has a territory comparable to that of France.

Asphalt roads can be found only in Juba, the capital city of South Sudan, and in some other larger cities. Similarly, only the biggest cities have electricity, usually generated by huge generators fueled by gasoline. In the smaller cities and in the rural areas, the network of dirt roads has been built only in the recent years. However, those regions still have no access to other infrastructure, and particularly electricity.

The lack of electricity is one of the basic factors that make life in this region very difficult. It should be noted that because the area covered by the project is located at 9 degrees north latitude, both day and night last almost 12 hours in South Sudan. It means that people lack lighting in their homes for almost half a day and hospitals and health centers have limited possibility of providing medical help due to prevailing darkness.

The lack of electricity and lighting is a significant obstacle in providing medical help during the night hours. If it is necessary to deliver a child or provide surgical help (e.g. stitching a wound) during the night, it is usually done in the light from flashlights held by medical personnel.

Obviously, such an insufficient lighting very often forces doctors to postpone medical procedures – including those that save lives – until the sunrise. This problem affects childbirths and simple surgical procedures the most, as they require good and strong lighting so a doctor does not commit any medical error. 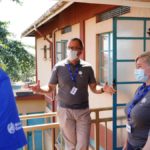 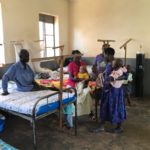 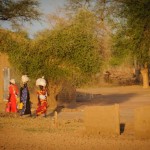 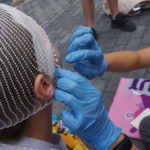