The food security situation continues to deteriorate as majority of the country goes into a lean season characterized by the typical seasonal shortages of food, delayed rainfall, high food prices and presence of IDPs and returnees. In May-July 2019 an estimated 6.96 million people (61% of the population) are likely to face Crisis (IPC Phase 3) acute food insecurity or worse, out of which an estimated 1.82 million people will face Emergency (IPC Phase 4) acute food insecurity and 21,000 will likely be in Catastrophe (IPC phase 5). This is historically the highest number of people in South Sudan ever.

The economic crisis, population displacement, increasingly difficult conditions and resources constrained from year to year due to conflicts lasting for years – all this continues to threaten most of the possibilities of households in access to food. Delayed rainfall has also added to the fact that food is definitely less in the whole country. This is confirmed by the CFSAM report, which indicates that cereal production in 2018 is the lowest registered production since the beginning of the conflict.

With the beginning of May 2019, most households ran out of their food supplies

The majority of respondent households reported that their harvests were likely to last for not more than 4 months. This is further corroborated by the CFSAM report that reported the 2018 cereal production as the smallest recorded output since the start of the conflict. Consequently, starting from May 2019, a majority of them have exhausted their food stocks and are likely to be relying heavily on market purchases to cover the resultant food gaps.

The ongoing economic crisis, lack of agricultural produce to sell, depleted household stocks and asset base and limited employment opportunities continue to constrain availability of income for most households. The ensuing erosion of household purchasing power limits their access to food from markets characterized by high food prices. Reduced demand for commodities, limited market functionality, and degradation of road networks in the rainy season are a set of factors that do not provide much incentive for traders – thus resulting in markets characterized by low supplies and high food prices.

The Aweil East region (RED AREA), in which there is a center in Gordhim, is the epicenter of the food crisis.  Within a radius of 50 km from Gordhim, 400,000 people are starving. The PCPM Foundation is collecting money for therapeutic food. This special therapeutic food will most effectively help from long-term malnutrition in the youngest inhabitants of the country. 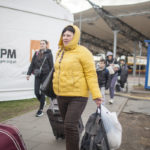