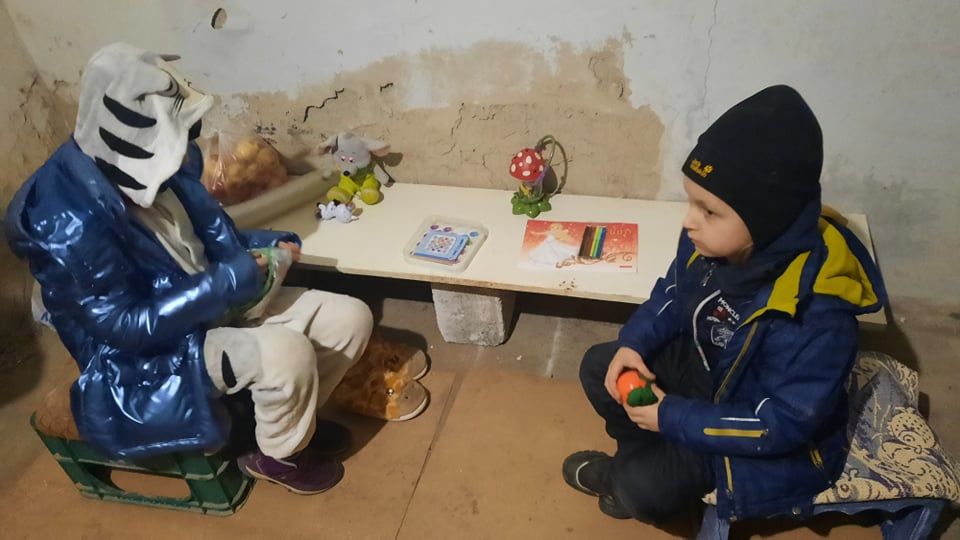 The war between Ukraine and Russia has been continuing for a week now, and hundreds of thousands of refugees have been crossing the Polish border. Is this what we call a humanitarian crisis?

Definitely yes. We talk about humanitarian crises when the situation of people in crises would become worse and their lives would be threatened without external aid. This is what is happening in Ukraine now. The Ukrainian army fights for Kijev and other cities in the north, south, and east. The cities and their civilians are attacked with ammunition that also harms civilians. In Kharkiv, the Russian army used not only ballistic missiles but also cluster munitions that explode in the air and release smaller bomblets. There are anti-personnel mines left in the city. One of them made an old woman lose her leg on Monday. The Russian army is very brutal to Ukrainian civilians, even those who speak Russian. We can call it not only a humanitarian crisis but even a war crime.

You worked with many humanitarian crises in the past. Does this conflict differ in any way?

I am shocked at how rapidly so-called operations against military and political targets transformed into massive and ruthless attacks on civilians. For example, the power plant in Kharkiv was raided on Monday so part of the city was left with no electricity. The next day the city was bombarded again. I saw the pictures of our office – it was destroyed.

But this has been the Russian military tactic for years now. I worked for the UN at the border between Turkey and North Syria at the beginning of 2020 where I coordinated the negotiations for a cease-fire there and the humanitarian help for North Syria, also for raided hospitals. There I saw with my own eyes this method – the Russian army raided hospitals, schools, power, and water plants, and other facilities for civilians to make them fear, flee, and finally, take over the city.

What kind of stories do you hear while talking to Polish Center for International Help workers in Ukraine?

They talk about battles not only in Kharkiv, Kijev, and near the northern border but also in Donetsk and Donbas. Cities like Lugansk are destroyed and because of military actions, civilians can’t flee from those areas. And there are more and more cities like that.

Do you know that they are fleeing with their pets? We accept all of them at our aid point on the west bank of the Dnieper river, they travel with them also to the border. I saw a lot of humanitarian crises and it is obvious to me that if you leave your home with your pet, you do not expect to return there. 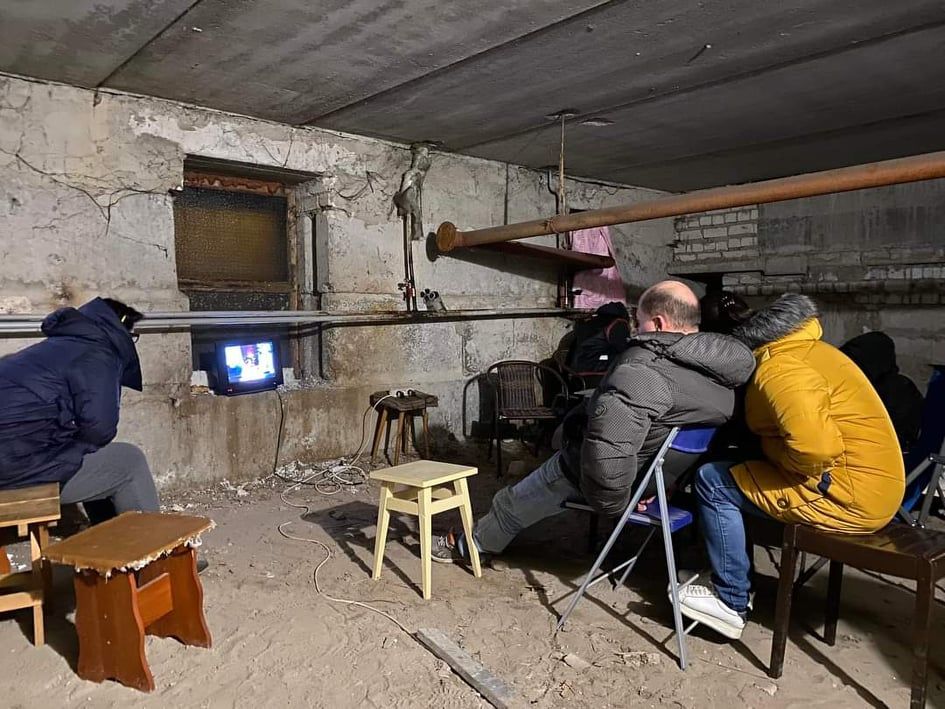 What will be the consequences of this Russian invasion of Ukraine?

Ukrainian people will seek safety in the western part of Ukraine and EU countries, especially in Poland. Even though for now the war is not happening in the whole of Ukraine, millions of people have already left their houses. And we don’t know how long this invasion will last and where it will stop. More than 400 000 people have crossed the Polish border until Tuesday, every day is bringing thousands more refugees. And there are a lot more of them in West Ukraine, who also would like to find shelter in Poland. Unless a political miracle happens, the war between Ukraine and Russia will cause the biggest humanitarian crisis in Europe since 1939.

How can we help Ukrainian refugees?

As a humanitarian worker, I can say that the Polish people, consciously or not, do the best thing they can in this kind of situation. They offer refugees home. The refugees should not live in schools, public offices, or even hotels. The best is to accommodate them with families from the host community. It makes them feel safe and included in the local community or at least they can count on someone’s support in case of any problem. My only hope is that this will of help will last. We need to realize that the Ukrainian people will need aid for months, if not years.

Are we prepared to welcome this tremendous number of refugees?

No one believed that this war would eventually escalate so we need to build a complex system of aid from scratch, taking into consideration that the Ukrainian refugees will soon need to send their children to Polish schools, use our medical care and integrate with neighbors. It will be easier than with refugees from African countries because of similarities in Polish and Ukrainian cultures and languages, but it will still be a challenge. The last wave of migration to Poland was the extent we could observe during the Second World War. Now the people who lost everything because of Wladimir Putin’s war are knocking at our door. If it is possible, let’s open it. There is nothing better that we can do.

Are you afraid that this enthusiasm will quickly turn into reluctance? We can already find comments on social media that we shouldn’t accept all those refugees to Poland because in reality there are immigrants from African countries, not only Ukrainian women and children.

Every person who flees from war should be protected, no matter what nationality they are. For sure at the Polish border, there are not only Ukrainian women and children. These are also foreign citizens who lived in Ukraine, for example, students who studied in Kharkiv where the level of education was satisfying while the studies were cheaper than those in other European countries. But in most cases, they want to return to their countries. For example, I am in touch with the Polish embassy in Beirut, Liban, and I know that they are arranging it. 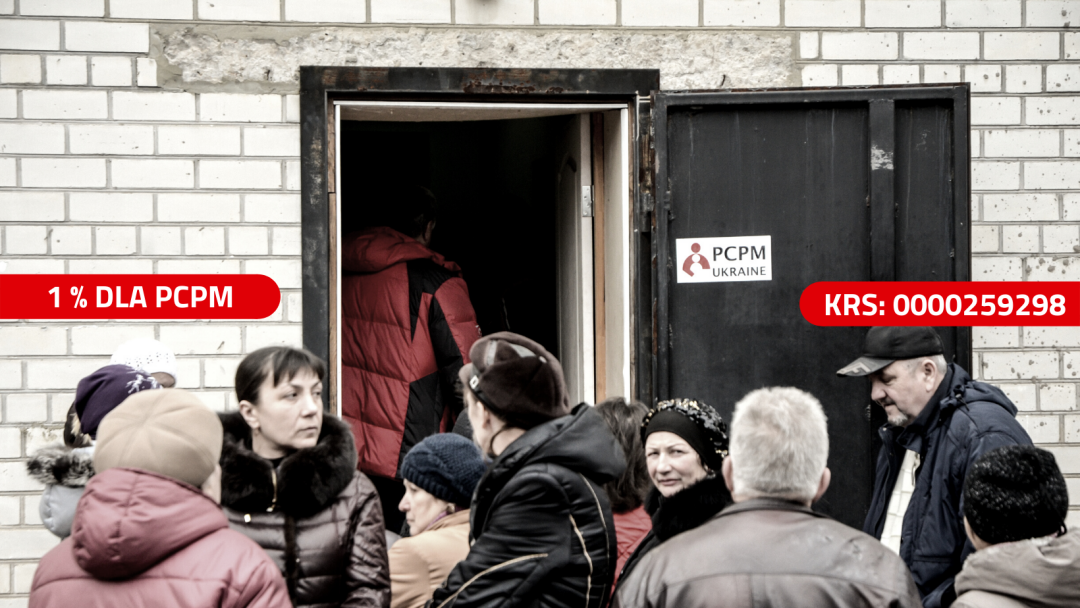 Refugees who come to Poland are one side of this war. But some stayed in Ukraine. The Polish Center for International Aid helps them. In what way?

We have four main goals now. First, we evacuate civilians from cities under attack, especially Kharkiv, a city the size of Warsaw. Thanks to money from our fundraising campaign we can organize buses to transport them to safer areas, even to Poland.

We are also sending humanitarian aid to eastern Ukraine. A couple of days ago our warehouses were full of needed products. Now we are missing those basic ones: alimentation, hygiene products, medicines, bandages. We are sending convoys but the deliveries are challenging. The main route through Kijev is closed, the control points on side roads provoke traffic jams and there is no petrol at stations. The journey from Kharkiv to the Polish border takes up to 4 days.

What about medical assistance?

This is the third area of our activities in Ukraine. We are cooperating with a few medical organizations to send field hospitals where we could treat those who were hurt in military actions, regardless of their nationality, as well as civilians.

And finally, we support hundreds of thousands of people who flee the war but who do not want to leave Ukraine. We accommodate them and offer places where they can stay.

We can also help those Ukrainians thanks to different initiatives in Poland. Unfortunately, there are cases when this aid was disorganized. We saw pictures of wet clothes laying on the ground near the border. I saw many useless things offered by people like evening dresses or phone chargers of very old types while preparing packages for Ukrainians. How should we help wisely and effectively?

Material support should always be verified because the collections for refugees and people in war crises should not be an excuse to get rid of things we don’t need. That is why we should always find out what the needs and possibilities are directly from the organization that we would like to support.

And if we have any doubts, let’s support those organizations financially. This allows them to adjust aid to the current needs. For example, in the Polish Center for International Aid, we don’t need clothes for Ukrainians now, we need money for the transport to evacuate them and for medicines and food we know are needed. And that is where the money from our fundraising campaign will go.

The Polish Center for International Aid has helped Ukraine since 2014 when the war started. During those 8 years, the fights in Donbas were still ongoing. Was it possible to predict this escalation of conflict between Russia and Ukraine and prepare for it?

It was possible. And we did it in the Polish Center for International Aid. In December 2021 when the tension started to grow we created scenarios of action in case of war. We chose the place for our temporary reception point, we prepared the first cars and buses to evacuate civilians, we gathered workers, and bought the first aid kits. We invested a lot of money. Then the head of our Kharkiv office noted that we spend it on something that can never be useful. 'I will be the happiest person if you’re right, I said. He wasn’t, unfortunately.

But thanks to this preparation, we could be effective from the beginning of the invasion. Until today we are the only Polish organization that is working in east Ukraine. And we will be still doing that because the Ukrainian people will need our aid long after the war is finished.

Does the Polish Center for International Aid think about the next steps? How can it help in the future?

When the war is over, humanitarian aid for all those who fled the war but stayed in Ukraine will be our priority. We will be giving them a place to stay, helping with renovations and adjustment of their new houses, we will be helping with their jobs and finance if there will be a need. After this war, the Ukrainian people will have to rebuild their country which was ruined only after one week after the invasion. And a lot of them will want to be a part of this reconstruction. 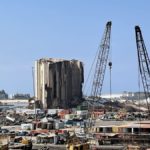 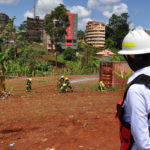 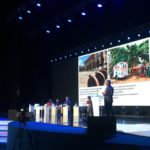 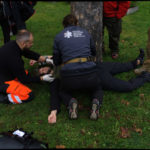 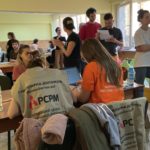